It is a standalone story in the Dirty Angels MC series 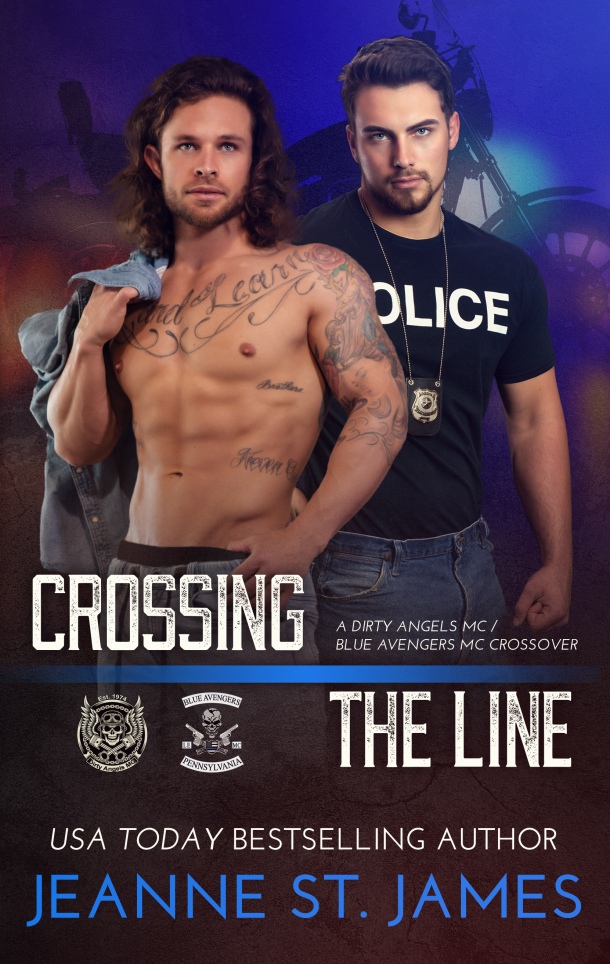 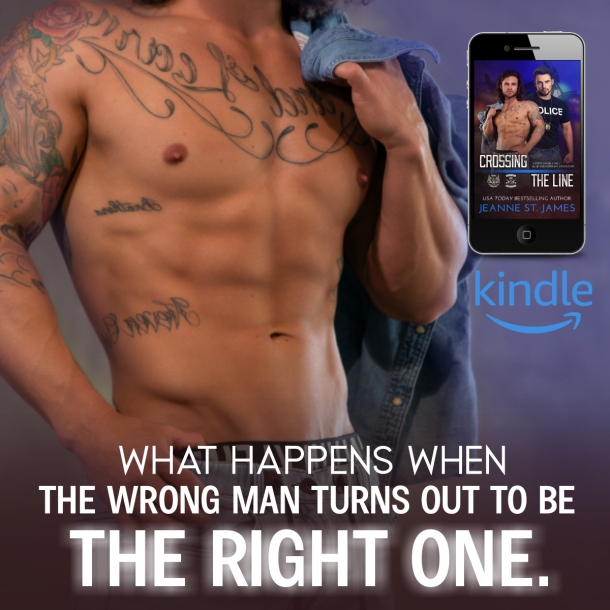 When the wrong man turns out to be the right one...

Nash, a longtime Dirty Angels MC member and lead singer of Dirty Deeds, has a secret. For years, he’s hidden his bisexuality from his brothers, fellow bikers, worried how they’d take the news. But Nash isn’t the only one keeping secrets from his brotherhood. So is Cross, a police officer and member of the Blue Avengers MC.

As opposite as they come, when Cross spots Nash across the bar, he can’t resist the unexpected attraction. Then lines are crossed, boundaries blurred. And they need to survive in two different worlds where men who like other men aren’t usually accepted, and where bikers and cops don’t mix.

Reality and fantasy are two different things. The fantasy being Cross and Nash can be together, that they can make it work. The reality being their situation is impossible. Cross will never give up being a cop. Nash will never give up being a biker. What either of them would have to walk away from is more than anyone should ask for. In the end, fighting reality could be a losing battle in a war they might never win.

Note: A standalone, Crossing the Line is a crossover gay romance involving a member of the Dirty Angels MC and one from the Blue Avengers MC. It includes forbidden love, enemies to lovers, cop vs biker, alpha vs alpha. As with all my books, it has no cliffhanger and an HEA. 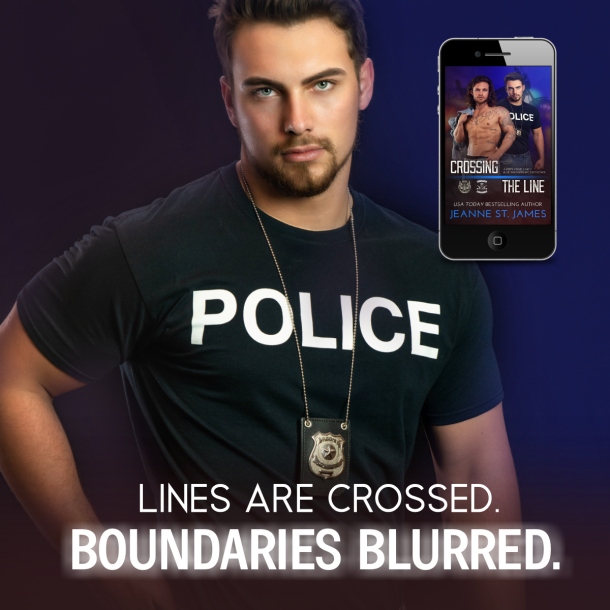 The man with the long dirty-blond hair, whose name he still did not know, jerked away from him and moved from the bar and through the crowd. Cross saw a few sets of interested eyes following him as he went. He understood that interest because he was feeling it himself.

The man they were watching had long, lean legs which could eat up real estate fast. His hair was a bit shaggy for Cross’s taste and his beard a bit haphazard, but his hazel eyes held a story Cross wanted to hear.

He doubted he’d ever get the chance, but he still wanted a shot at it.

How the man knew he was a cop, Cross didn’t know. He didn’t have a severe haircut like most, nor did he carry an arrogant air. When it came to his job, he tried to be fair. He treated others as he’d want to be treated if he was in their shoes when dealing with an officer of the law.

But the nameless man whose back he watched as he shifted through the crowd, didn’t seem to want to give Cross a chance.

Ignoring his beer, he quickly got to his feet and decided to follow. The more the man refused to give him his name, the more Cross was determined to learn it.

He wasn’t one to give up so easily.

He also wasn’t the one who gave up on his last relationship, his former boyfriend did. Being a cop, he didn’t want the hassle of coming out. Other cops usually didn’t like it when “one of their own” wasn’t quite “one of their own.”

And luckily, his department was one which pretty much stuck to “don’t ask, don’t tell,” so Cross kept that shit to himself.

But Jeff didn’t want to keep their relationship a secret. He didn’t want to go back in the closet. He wanted to go to Cross’s station functions, like the annual Christmas party, as a couple. Or attend their own parties and fundraisers.

He also wanted to ride on the back of Cross’s Harley when the Blue Avengers, the law enforcement MC Cross belonged to, did their monthly runs.

That was never going to happen because things with him and his career would never be the same again. He wanted to make corporal by the end of the year, and he figured if he was outed that might not come to fruition. Excuses could be made why Cross wouldn’t get that fucking promotion, even though he was qualified and had time enough on the job, but Cross would know the truth of why he kept getting passed up.

If Cross had to decide between getting dick and his career, he was choosing the one that would most likely last the longest. All he needed was another fifteen years on the job and he could retire with a nice pension and full bennies.

So why the fuck he was tracking the man who refused to give him his name and who had something against cops, Cross didn’t fucking know.

And even though he knew it wasn’t smart, his feet wouldn’t change direction.

No, instead he pushed out the front door of The Cockpit and into the late fall night. The paved lot was well lit, so he spotted his target immediately moving between two rows of cars.

Cross began to jog. He needed to stop him before he left. It would bug the shit out of him if the guy left before Cross ever got to know his name.

Cross was a detail type of guy. Being a cop, that was important. While he could easily see what vehicle the man got into and run his plate, that would be an abuse of power and if he got caught doing that shit, he could kiss his promotion goodbye.

He caught up with him a few vehicles down from the entrance.

“Wait. Hold up.” Cross reached out to grab his arm and stop him. But the man spun on him, taking a defensive position by planting his feet wide.

Cross stepped back giving them space in case the guy tried to take a swing at him.

“What the fuck do you want?”

This was a bad idea. A really bad fucking idea. Cross should go inside and find someone a lot more willing. But for some reason, he couldn’t let this go. He hadn’t had this strong of a reaction to anyone in a long time, even to Jeff. Which probably was why when Jeff broke it off, Cross didn’t give a shit. Yes, he’d miss the sex, but that was it.

The only time Jeff didn’t bore him was when they were in bed, which was another major problem between the two, as well. Cross should’ve known they were doomed from the start.

Not that Cross was looking for any kind of meaningful relationship with this guy. The one who clearly had a thing against cops, which was a big part of who Cross was. But they didn’t have to discuss their career choices or anything much personal at all.

He simply wanted a name. 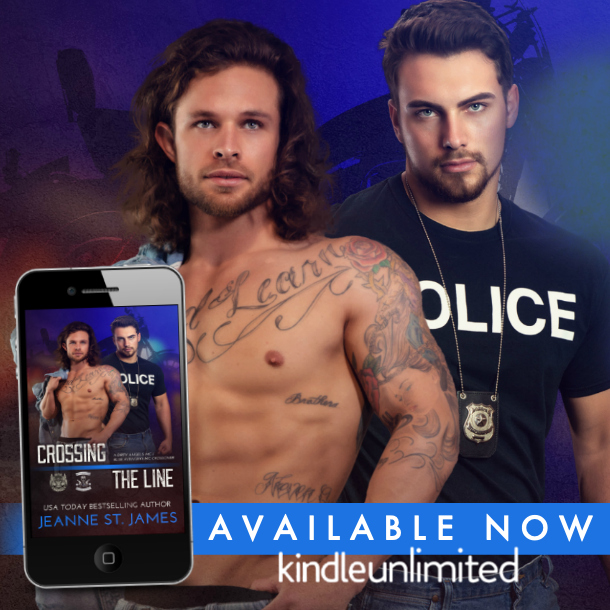 Want to read a sample of her work? Download a sampler book here: BookHip.com/MTQQKK

To keep up with her busy release schedule check her website at www.jeannestjames.com

Enter the Rafflecopter Giveaway for a chance to win one of two ebook copies of Crossing the Line. 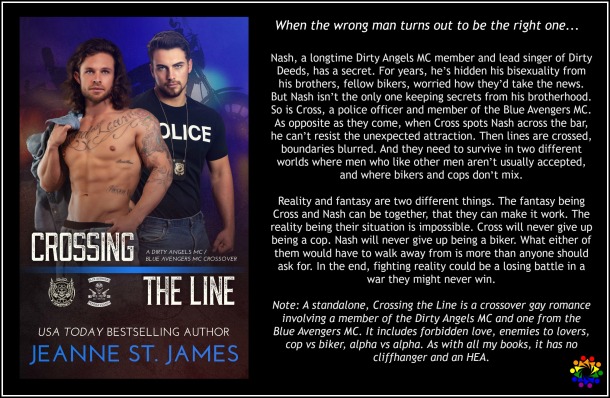 Posted by Gay Book Promotions at 00:30