It is book 3 and the final part in the London Lies series. 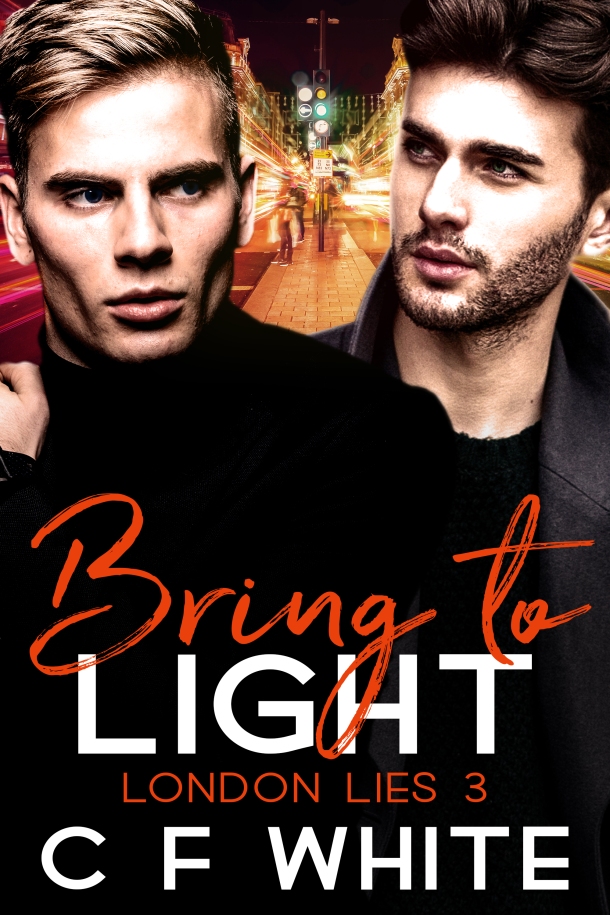 It's a race against time, with a deadline not only on their story or their growing relationship but on their entire lives.

Jackson Young and Fletcher Doherty are back in London and on a mission—to bring to light the murky underbelly of the Charles Payne media empire and, in doing so, get justice for the murder of Tallulah Payne.

It's not a simple task though. They need proof. They need people to speak up. And they need to keep their hands off each other long enough to track down the other manipulated Lotus Flowers, convince them to come forward and find a way to bring it all to the public. Not so easy when they're up against the most powerful men in London who are determined to separate and silence them by any means possible.

It's a race against time, with a deadline not only on their story or their growing relationship but on their entire lives.

Jackson Young was a new man.

The sweet, shallow breaths trickling onto his neck were testament to that transformation. He shuffled back, his skin erupting delightful goosepimples that tingled and stirred and itched for him to beg for more. He refused to move. He couldn’t bear to move. Nor to wake up. This was where he wanted to stay. Closed-in. Coddled. Safe. And wrapped up in arms and legs that clung to him like a limpet.

The birds outside tweeted and morning light bled through the gaps in the blinds. Jackson wondered, for the few moments he now had to lie as content as he were, if he would ever get used to waking immersed in such nirvana. He hoped not. That would be admitting defeat. He would pray to never get used to having one of Fletcher Doherty’s legs flung haphazardly over his hip, one of his arms draped over his chest, and his face nuzzling into his neck and inhaling him as though he was the cool morning air. Because this, right now, was perfection personified. His perfect moment. He never wanted to take it for granted. He’d discovered that there was life after the Jax. And if this was it, he never wanted it to end.

Fletcher jerked. Then, sliding away, he rubbed his eyes, and that miniscule movement declared the self-indulgence was over. Jackson remained where he was, facing away in the bed and curled up, hoping that Fletcher would forget what was lying in wait for them and sink back in beside him.

He’d never been this needy. Not for another man. But Fletcher was everything he’d ever craved wrapped up in everything he’d always desired. He was like the drink. The coke. The lights, camera, action that had fuelled his needs since the early years. Fletcher was his addiction. His lifeblood. His obsession. The air he needed to breathe.

But if Fletcher found out any of that, he’d make Jackson go cold turkey.

The covers slipped from his body and he shivered. Fletcher rolled away, lifted, and checked the illuminated numbers on the digital clock. He then fell back to the pillows with a sigh and the scratching of fingertips down coarse facial hair indicated that any moment now, Fletcher would declare their peace and tranquility in the safe haven of a Surrey B&B had come to a bitter end.

As he would no doubt, any second now, say—

Jackson didn’t respond. Nor move. He feigned the deepest of sleeps. If Fletcher was going to start the day, then Jackson wanted him to start it the right way. For them both.

Fletcher kicked him under the duvet. “I know you’re awake.”

That wasn’t exactly what Jackson had had in mind. But he smiled, and with him facing away, Fletcher wouldn’t be able to tell.

“Fecking eejit.” Fletcher rolled back, clasped his arms around him and hauled him to his chest. Then, settling those soft, enticing lips of his to Jackson’s ear, he rumbled a deep and guttural, “Get up.”

Jackson twisted, falling into Fletcher’s arms and attacked the moment to kiss him. “I’m up,” he declared against the breath that he craved like he once had alcohol, and thrust his morning erection against Fletcher’s.

No, he wouldn’t ever get used to waking like this. He’d cherish it. And not take it for granted like he had every other morning of his life thus far. It might have been contrite. A tad inappropriate, perhaps. And not the time to be indulging in each other’s arms. But if they couldn’t do it now, when could they? Would they ever get to the point where they could be entangled in each other without the dark clouds looming over them? Without the threat? Without the fear and worry and everything else that had brought them together in the first place.

So like the meals he’d had to consume in a timely manner when incarcerated at HMP Flaymore, he wanted to get what he could, while he could.

“We have to get going,” Fletcher breathed out between heated kisses.

“Then maybe just get me off?” Jackson asked the question with a hopeful lilt and a smidgen of jest by rutting himself forward. He shouldn’t feel guilty about wanting to make up for lost time and living his life to the full now he knew what it was he wanted.

And what he wanted was the naked Irishman snuggled next to him and gripping him as though he was about to fall.

He had already, of course. But he couldn’t say that. Not yet.


About the Author
Brought up in a relatively small town in Hertfordshire, C F White managed to do what most other residents try to do and fail—leave.
Studying at a West London university, she realised there was a whole city out there waiting to be discovered, so, much like Dick Whittington before her, she never made it back home and still endlessly search for the streets paved with gold, slowly coming to the realisation they’re mostly paved with chewing gum. And the odd bit of graffiti. And those little circles of yellow spray paint where the council point out the pot holes to someone who is supposedly meant to fix them instead of staring at them vacantly whilst holding a polystyrene cup of watered-down coffee.
Eventually she moved West to East along that vast District Line and settled for pie and mash, cockles and winkles and a bit of Knees Up Mother Brown to live in the East End of London; securing a job and creating a life, a home and a family.
After her second son was born with a rare disability, C F White’s life changed and it brought pen back to and paper after having written stories as a child but never had the confidence to show them to the world. Now, having embarked on this writing journey, C F White can’t stop.
So strap in, it’s going to be a bumpy ride. 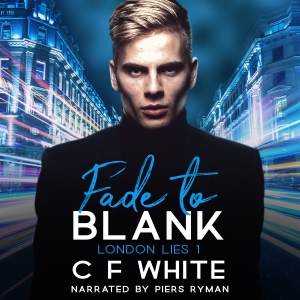 a Fade to Blank Audio code

Posted by Gay Book Promotions at 06:30