A DARKER SHADE OF OXFORD BLUE 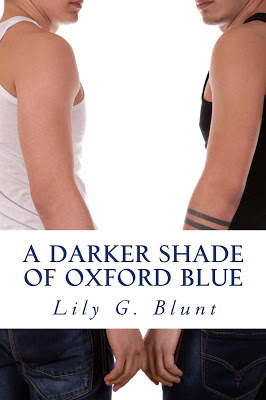 A Darker Shade of Oxford Blue - Set in Oxford, England, this sensual novel charts the developing relationship between Ethan Evans and Jason Birney—from their first encounter at the airport until Jason returns to the States three weeks later. The chapters are filled with a mixture of drama and angst as well as many sexually explicit scenes as the two young men become friends and lovers. Ethan is successful in his business life, but has been unlucky in love. This changes the moment he meets Jason—who has been asked to be a guest lecturer at Oxford University—and as they spend their first weekend sightseeing around Oxford, it is obvious the two are destined to be together. As they get to know each other, it becomes apparent that they went to the same school for a short while and now live in the same city. Ethan cannot recall seeing Jason before, but as the story progresses, Ethan realizes their meeting in Oxford may not be a coincidence after all.

"Ms. Blunt tells a vivid tale of love and romance in a most intimate fashion. She holds your attention, not just with the gay sex but with the poignant story as well. She captures the desires and needs of her characters in a realistic and meaningful way. She's a great author."

"I loved reading this story. A very good mix of angst and hot hot sex...did I mention hot sex? for me to keep turning the pages until I had finished it to see what happened to these two lovely guys. I loved their weekend away at Activity Parks which is based on my fav place in UK! Loved the ending where Jason and Ethan's siblings turn up. As for the last two words...sigh oh so perfect indeed. I totally loved this and so worth the read!"

"Enjoyed this story very much. I highly recommend this author to anyone who likes a romantic story and sexy guys!"

"I must say that I was thoroughly impressed with this book. From start to finish it completely held my attention which is not an easy thing to do. I loved the way it was written, the development of the storyline, the characters, and the way it brought the characters to life. Both Ethan and Jason, the books two main characters, were well rounded out and presented very well; their lives were entirely believable, as well as the dialogue between them.

There was romance, joy, love, suspense, and moments of fear that were brought on by a very conniving individual as well as when all seemed lost between them (Ethan and Jason). Then there was the sex. Hot and steamy come to the fore in this sense, and the presentation of it was very well done.

Miss Blunt, the Author, has done a magnificent and exceptional job in writing this story, and to her I say "Thank you." I would love to see a sequel come along in the future, and would gladly read any other offerings she might have."

Posted by Gay Book Promotions at 13:36 No comments: 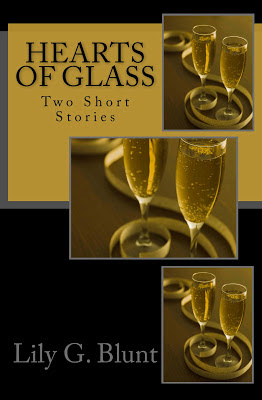 Two of my short stories are now available in one paperback book
on Amazon.

As Nathan waits for Jasper in a restaurant to celebrate their tenth anniversary, he recollects their past and some of the passionate moments he has experienced with the love of his life.

Despite being in love with his best friend, Brandon finds himself falling in love with Piers, a foreign exchange student, who is staying at his home over the summer vacation. Up to this point, Jaxon had shown no sign that he was gay or that he wanted Brandon. It is only when he sees Brandon and Piers together that Jaxon wishes he had acted sooner.

I would love to meet and talk to readers and authors.

UK GLBTQ Fiction – Read it, Write it, Love it
Posted by Gay Book Promotions at 18:37 No comments: