Warm wishes for a happy and successful Release Day

to my fellow authors in 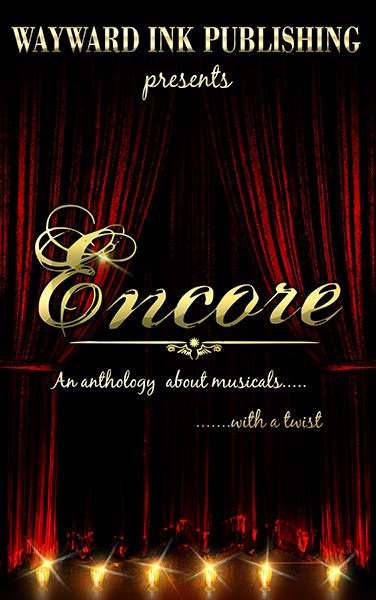 An anthology about musicals… with a twist.

Who can resist a musical?
We at Wayward Ink certainly can’t!
Boys and Girls, go don your tux. Slink into your gown. Strap on your heels. Dust off that tiara and wrap yourselves in a feather boa!
Come celebrate the extravaganza with us!
Waltz through ten short stories inspired by some of the world’s most popular musicals.

Heartbroken Finley fears he'll never recover from the loss of his lover, Andrew, who was a star of the Cats musical.
But then Finley has an idea…
What if her were to take Andrew's part in the musical and hopefully make his man proud?

Over The Rainbow
Lily G. Blunt 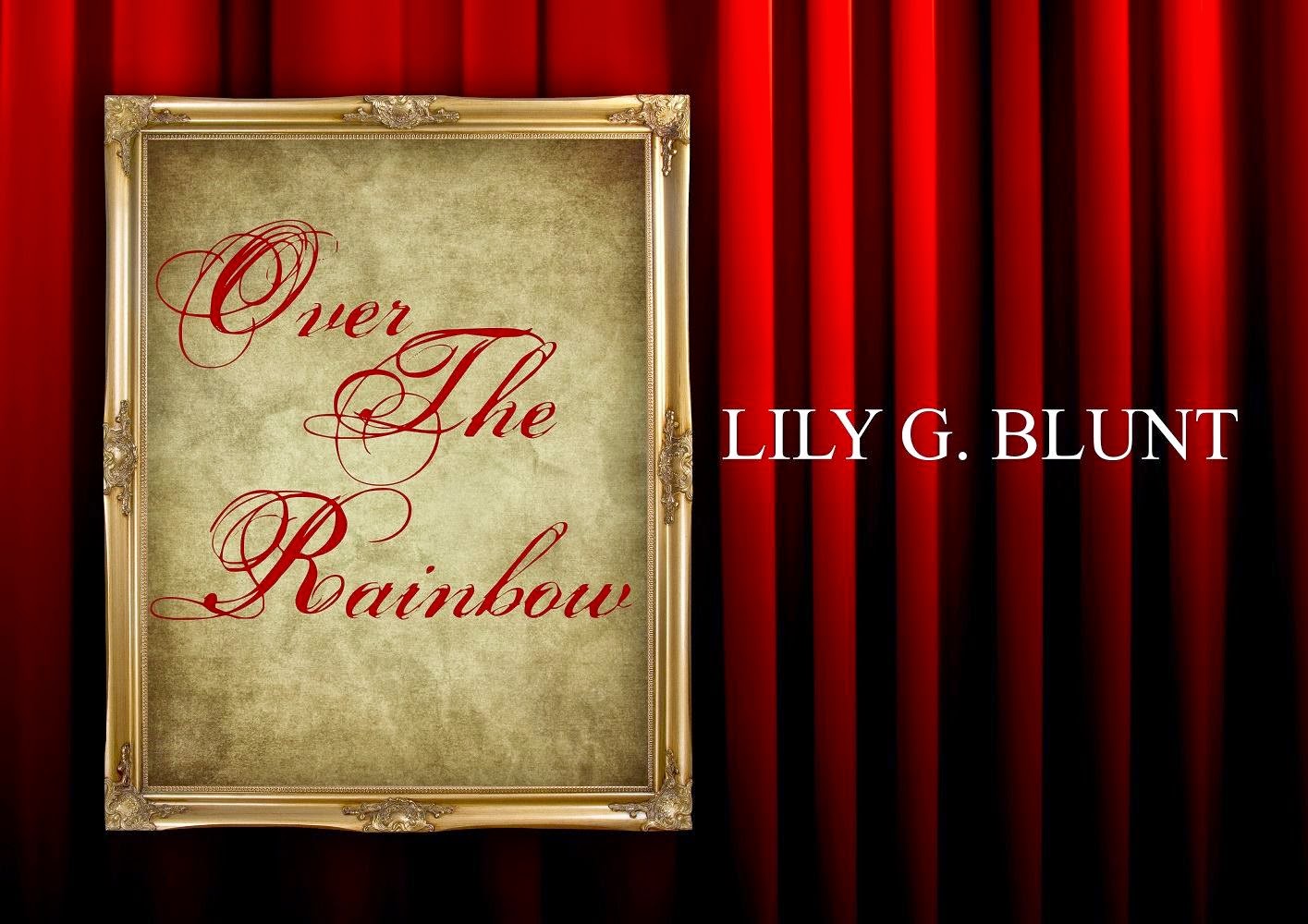 Dorian has been cast as Dorothy in his school's production of The Wizard of Oz.
Like his character, Dorian is about to discover whether dreams really do come true.

Angel in the Wings
Asta Idonea

When handsome Phantom, Christopher Keane requests Marcus as his dresser, the action in the wings could be just as exciting as anything taking place on stage…

British born Callum has given up on love.
Will he find it again among the Hawaiian reefs?
Or will there be more sharks…

Enjoy The Show
Lisa A. Adams

Dylan Rucker's online dating adventures landed him the perfect match.
When "Mister Right" stands him up at the dinner theater, Dylan wants to crawl home defeated.
But, the night is young…
With an unexpected flirtation with the lead actor, Dylan must decide.
Hold out for his "Mister Right"?
Or, sit back and enjoy the show?

The One That I Want
R.J. Jones

“What, you don’t think Danny’s hot?”
“I prefer Kenickie. He can pin me against a wall anytime.”

Tudor has big plans for New York City.
Ditch his homophobic colleague. See a musical. Definitely check out the go-go boys.
Meeting one Phantom on Grindr wasn't in the script.
Tudor gets caught up in a whirlwind when his favorite musical character steps off the stage and into his life.

A Man Who Measures Up
Cecil Wilde

When you're in musical theater, love is just a jump to the left and a step to the right.

A Night at the Opera
Vanessa Clark

Rick never cared for opera.
He thought opera singers were old, outdated, and fat.
That was until he met Giovanni, an opera singer who’s far from that!
No. Giovanni is statuesque, young, refreshing, and beautiful.
Giovanni opened Rick’s mind to a new world, and Rick’s first ever opera experience definitely wasn’t going to be his last.
But little does Giovanni realize that Rick will open his mind to a new experience too… 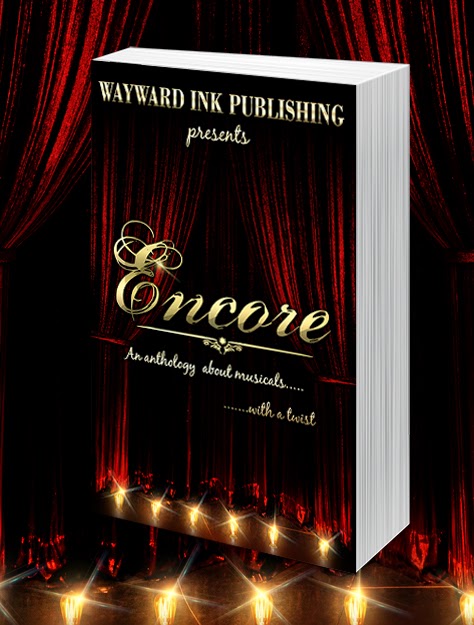 Excerpt from my story Over the Rainbow

At last.
Dorian Gartside let out a huge sigh of relief. He quickly dismissed his boisterous pupils and had logged himself off the computer on the teacher’s desk by the time they’d all noisily exited the room.
God! What a day!
Anyone who thought this job was easy should try teaching Pride and Prejudice to a class of fifteen-year old boys. And damn it, he still had a bloody staff meeting to attend before he got to go home.
Dorian scooped up his teaching notes and a pile of books he hadn’t managed to mark at lunchtime and strode out of the classroom barely missing two boys who ran past him. “Walk in the corridor!” he instructed the rapidly fleeing flash of emerald green uniforms, but to little effect.
Dorian sighed again and looked down at the books in his arms.
Yet another busy night with hardly any rest or relaxation.
He wished he’d believed the person who’d told him his social life would be non-existent during his first year of teaching. Marking, planning, staff meetings, talking to snooty parents, in addition to after-school activities two or three times a week. Bring back college days any time. At least he’d had something he could laughingly call a sex life then.
Thank God it was the October mid-term break next week. Time to draw breath for a few days at least.
Dorian slowed his pace as he passed the adjacent classroom and glanced inside hopefully. His search was rewarded, and catching sight of the object of his desire, his stomach fluttered.
“Hey, Dorian. Have you got a minute before the staff meeting starts?”
Dorian flushed a little and smiled. “Sure.” He glanced appreciatively over his mentor and superior, Mr. Leonard. “I wanted to ask you a few questions about my lesson observation tomorrow too, if you’ve got time.”
Mr. Leonard, Head of the English department, was everything Dorian wished he could be—and not just because of the expert control he had over the pupils. He was tall, broad-shouldered, and most of his exposed skin was covered in thick, dark hair that Dorian spent most nights dreaming about; he often imagined what the hairs would feel like if he ran his hands over Mr. Leonard’s skin and what this hunk of a man looked like naked.
“That’s fine, D. Let’s grab a cuppa and talk on the way.”
Dorian nodded and shifted the books in his arms so most of his suddenly bulging groin was now covered. The very thought of calling Mr. Leonard ‘Sir’ was enough to harden his traitorous cock at the most inopportune moments. He usually thought of Mr. Darcy and Elizabeth Bennett at times like this, but those thoughts often turned to Mr. Bingley and a very wet-shirted Mr. Darcy, and he was no better off.
Dorian did his best to concentrate on their conversation, focusing on Mr. Leonard’s eyes and lips as they discussed his lesson for class 5B the following day. “And I want you to speak up in the staff meeting today....”
“Yes, Mr. Leonard.”
“Look, Dorian, it’s about time you called me Mark. We’ve been working together for over six weeks now.”
Dorian smiled again, his heavy cock filling when his name fell from the older man’s lips. He’d never liked the name his parents had given him and had to suffer being called everything from Dory to Ryan in his teen years, but hearing Mark say it sent a shiver down his spine every time. “Sure. If that’s okay with you, Mark.”
Mr. Leonard—Mark—paused as they approached the staffroom and huffed. “Of course it is, but not in front of the Munchkins, though.” Dorian chuckled at Mark’s nickname for the pupils.

Posted by Gay Book Promotions at 10:28