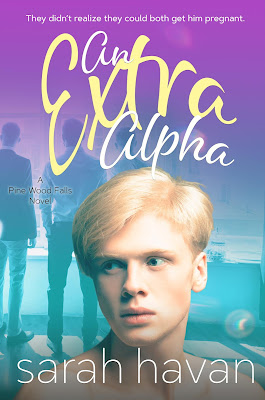 They didn’t realize they could both get him pregnant.

Thomas escaped his ex and has settled in at Pine Wood Falls. He found himself a nice job, has a cute little house, and his twins are now five months old. The last thing he wants or expects is to go into heat again so soon. He tries to fight the urge but can’t hold off any longer.

Campbell catches the scent of his fated omega. He finally found the one and can’t wait to start a family. So he goes to one of Pine Wood Falls get togethers to do what nature wants of him, what he wants--to mate with his fated one, but the situation gets turned on its head when there’s another alpha there that wants his omega.

All Griffin wants is a good time. He doesn’t believe he’s fated for anyone, that’s all in the past. He just wants his needs met, but another alpha stands in his way. Luckily, they all come to an agreement. The three of them together.

They don’t think they can both get the young omega pregnant. Thomas doesn’t think he’s fated for either of them, but when he ends up pregnant with quads, they all have some things to work out.

My time for a family had finally come. For days, the scent of my fated omega lingered in my nose. A smell so sweet and intoxicating. He was on the verge of going into heat, and now there he was, right across from me in the very place I first picked up his scent -- The Pine Wood Falls Welcome Center.

“Can I help you with something, sir?” he asked. I took in a sharp breath as he looked up at me with his amazing green eyes. He swiped a strand of his light-blond hair out of his face and stood up, shuffling some papers on his desk. I had about a good foot on the omega in height. He was small and precious, and even though he didn’t know it yet, my future.

“Okay, I’ll let him know you’re here.” His eyes then darted around the office. “Mr. Jones usually meets with everyone out in the dayroom.”

“All right. I’m Campbell. Campbell Vallejo,” I said, holding my hand out for a shake.

“Thomas,” he said, shaking my hand. He gasped when our palms met. Neither of us pulled our hands away.

“Nice to meet you, Thomas.” I gave him a smile, and his cheeks flushed bright pink.

He nodded and glanced down.

“Campbell, good to see you.” Mr. Jones walked into the small office and clapped me on the back. Thomas let go of my hand and dropped his arms to his sides.

“Hello, Mr. Jones.” Mr. Jones was a tall, attractive man with dark brown skin and a happy smile. His omega passed away years ago, so he now focused all of his attention on Pine Wood Falls. The very community his family started.

“He’s our newest hire. Pine Wood Falls is growing, and we needed someone to help things run smoothly. He’s going to be a great administrative assistant.”

“No, it’s been a couple months. I’m just not very good at my job, I guess.” Thomas’ face fell, and he fiddled with a file folder he picked up and held in front of his pants.

“I should reword that. You are a great administrative assistant.” Mr. Jones smiled and put his hands on his hips.

“You are. Now, Campbell, let’s go out to the dayroom and have our strategy meeting.” Mr. Jones led me out from the office, through the foyer, and to a table in the corner of the dayroom. He waved at a chair for me to sit in.

“I don’t think I’ve seen Thomas around before. Is he new to the community?” I glanced over my shoulder, hoping he’d be standing there. One omega knitted in the corner with a couple of baby carriers at their feet, and an alpha/omega couple sat on the back couch, but no Thomas.

“Newish. He showed up here about five months ago on the verge of having his babies, and we took him in. He’s been a little wary of others, so he doesn’t venture out much. Up until about a month ago, he worked from home.”

“And his alpha?” I asked because if he already had children perhaps somehow my senses were off. Maybe I was just smelling the part of him that was about to go into heat and not the part that would be mine.

“Gone, and we’re glad of that, bad news, but I shouldn’t talk too much about the poor boy. I’m sure he wouldn’t appreciate it.”

Mr. Jones and I got down to work. He wanted to use my skills as a creative director at an advertising firm to help reach alphas and omegas who are new to Pine Wood Falls or hadn’t found their way there yet.

“I can make up some nice informational booklets for those who just arrive.” As with any new project, my mind whirled with tons of ideas.

“And for those who have just found out.”

“Some come to our meet and greets, but it would be nice to give them something they can take home and read, and some don’t want to talk to others yet.” Mr. Jones said.

“I could imagine if you just found out you had the alpha or omega wolf gene, it would be a lot to process.”

“Yes, it is a lot, but we’ve been lucky to have you here since you were born.”

“And I love it here and would never leave.” I did go away to college, but returned to live, working in the city not too far away. My dream was to find my fated omega and live the life I only hoped for. I lost family when I was younger and raised by a widowed omega.

“Now how much is your going rate?” Mr. Jones clasped his hands together on the table in front of him and gave me a smile.

“I’m not going to charge you. It’ll be my way of giving back.” That was how Pine Wood Falls kept going after so many years. We all did our part.

“That’s so kind. Now, what do you know about websites?”

“You want to take us public?” We were proud of who we were but knew the reality, how the general population would more than likely react negatively to a group of people with wolf genes and how a large portion of them, the ones with the omega gene, were intersex who can carry and give birth to children. Slowly, men (not all omegas identified as men, but many did) having children was becoming socially recognized, but most the omegas didn’t like the attention that it brought. We mainly wanted to keep our way of life quiet.

“No, but I wish there was some way for people who look online for information to have a way to reach us or to learn more, but without having a site saying what we are. And that sounds pretty impossible.”

“Would a site with an email and phone number do?” I asked.

“But how would they know they found the right thing?” Mr. Jones waved to a young couple that had walked in. One of them being a very pregnant omega.

“Keywords. People search by keywords, so if someone searched up male and pregnant, your site would come up, but it wouldn’t have to say any of that on the site itself.”

“Thank you so much, Campbell.”

“No problem. You and Pine Wood Falls have done so much for me. It’s about time I gave back.”

“It’s about more than money. Anybody who has it can donate it.”

“You’ve contributed so much to the community. You just don’t realize it.”

“Thanks, and I’ll get started on this all as soon as I get home.” As I left, I took in a deep breath, the scent of Thomas lingering in my nose, making me so hard.

Sarah Havan grew up in the Midwest and still actually lives there. She has an appreciation for having all four seasons. She writes all kinds of romance, but most recently has focused on gay romance in her writing.

She is also the author of Falling Into Trust, One Night Alone,and thePine Wood Falls series. 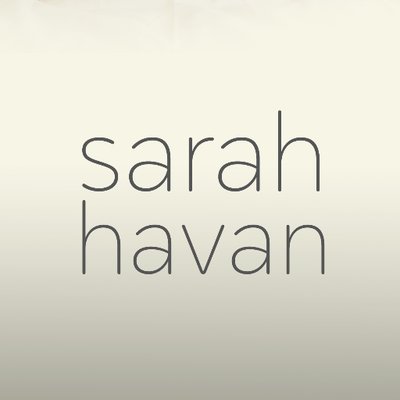 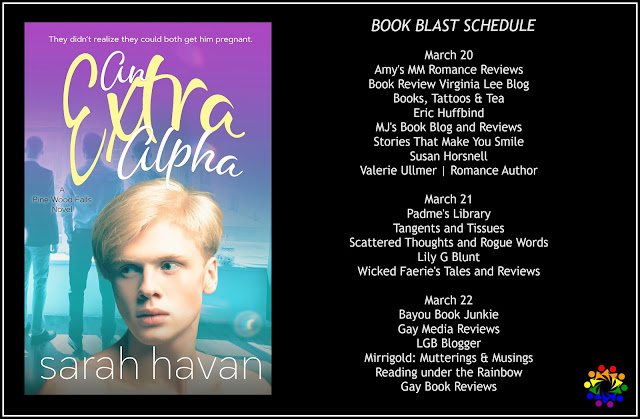