Heat Rating: 3-4 flames. There's only two scenes but they are pretty graphic and one is between dragons in dragon form. 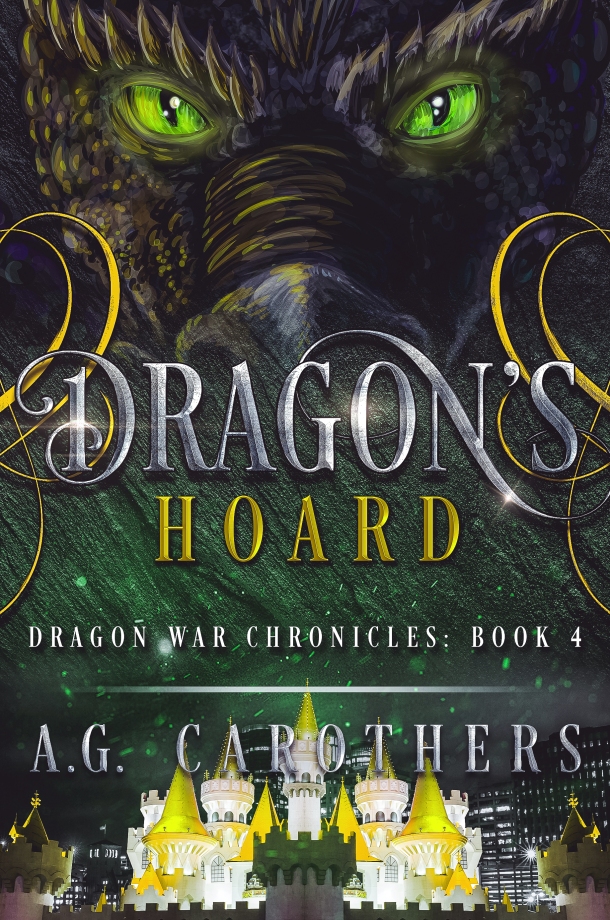 Previously on Dragon War Chronicles, the first strike was made against their enemies, but the cost was heavy.

Mourning their losses Danica still must prepare for dragons that will be coming to woo her. She already knows the dragon she wants to mate to, but will she convince Kollin that she's ready to commit?

Of all the dragons going to Toulouse to meet Danica and see if they have a chance only one has a completely different agenda. He knows which dragon he wants and it isn't Danica. Will Xavier win the heart of Danica's brother?

Anchin Luu, Danica's brother and manager of her Las Vegas casino, Dragon's Hoard, has spent his whole life alone due to his deadly nature. A broken experiment and retired assassin Anchin isn't sure what to make of the water dragon that has invaded his life.

Love is in the air, but so is gunpowder. SLIPs going missing, Coyotes crashing parties, and a mating you'll never forget are all in store for you on the next exciting installment of Dragon War Chronicles.

Attention: This book contains explicit sexual content between consenting dragons, depictions of relationships that are MF and MM with a dash of doublemint fun. 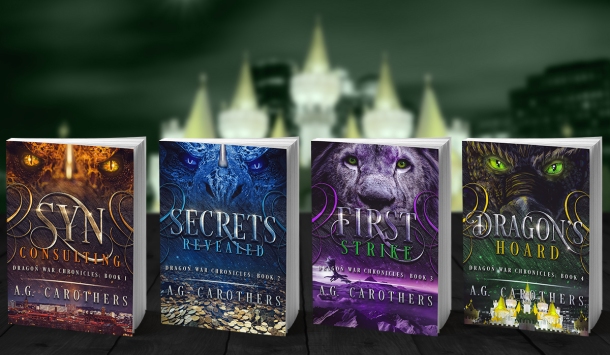 The door chime went off again, and Anthony hurriedly threw on a silk robe, put his feet in his slippers, and went to the door. He sensed a dragon on the other side of the door, and he knew that color. He almost didn't answer the door, but it chimed again. Why was he here this early?

Anthony tightened his robe, making sure nothing untoward was showing, put on a mask of calm, and opened the door. Xavier fucking Inti stood on the other side with a smile looking like he stepped out of the fifties today. His multicolored hair was coiffed just so, very John Travolta like, a plain black t-shirt with the sleeves cuffed, black jeans also cuffed, and black chucks.

If he wasn't so annoying, he'd be super-hot. At least he didn't have one of those stupid suckers in his mouth. Anthony finally decided to break the silence. "Yes?" He tried to sound nonchalant, but he thought he just sounded like a stuffy old butler to a billionaire.

"Good morning, gorgeous." Xavier's smile widened. "I'm here to pick you up for our date."

"Didn't your sister tell you?"

"No." What the hell was my sister doing?

"She called me last night and said that she wasn't going to be available today and insisted upon you going in her stead. Which is just as well since I had tours arranged of all the vineyards between here and Carcassonne."

Anthony's back stiffened, and he inhaled sharply. "You didn't?"

"I do. Including this little one right on the other side of Carcassonne that apparently never does tours, but I was able to arrange a tasting there. It's called Château du Coeur Noir."

Anthony whispered the name as he said it, knowing exactly which one he was talking about. He narrowed his eyes and then looked down at Xavier. "Fine. I'll need to get ready." He closed the door and turned around with a smile. Let's see if he's still there in an hour.

Anthony took a nice long shower, and the whole time he kept tabs on Xavier. He didn't move. He stayed at the door. He didn't even pace. Anthony didn't understand why the little dragon wanted him. So their magic was compatible? He obviously had some inkling about his true nature if he gave Danica the gift that he did, so why would he want him?

Anthony swung open the door and screeched to a halt with his mouth open. Xavier stood with a wide smile and hot pink cat-eye shaped sunglasses. Xavier pulled down his glasses just enough for his eyes to show, and he tilted his head up and down. His tongue darted out and licked his lips.

"Are you ready, hot stuff?" He pushed his glasses up and held out his arm.

Anthony schooled his features and stepped out into the hall. Xavier turned to face the elevator and continued to hold out the crook of his elbow. Anthony hesitated and then cautiously put his hand on Xavier's arm. Anthony pulled his hand back as a dart of magic zinged up his arm.

"Maybe that's not such a good idea."

"Nonsense. Do it again, sweets." Anthony was sure that Xavier winked at him from behind his glasses. He shouldn't, but there was just something soothing and irritating about his cockiness. Anthony put his hand on his arm again, and this time there wasn't a zing. There was a low hum of magic just beneath the cool, smooth skin. Anthony relaxed and snaked his arm around Xavier's, his fingers splayed across his forearm.

The elevator doors opened, and they stepped inside. Once on the ground floor, Xavier stepped in front of Anthony and opened the door for him. He stepped out and waiting for them on the curb was a gorgeous nineteen-fifty-seven Chevrolet Bel-Air. The turquoise and white paint shown in the sun, the top was down, and the leather seats shined. The whitewall tires were spotless, and every bit of chrome sparkled.

Xavier rushed forward and opened the passenger door for him. "Are you sure this isn't too much car for you?" Anthony quipped.

As Anthony placed a foot in the car, Xavier ran a hand down his back and over his ass grabbing a handful. "Oh, Anchin, sweetheart, I'm very experienced in handling large things."

A shiver ran up Anthony's spine, and he huffed as he sat down. Xavier closed the door and went around to the driver's side. "Are you sure you can reach the pedals, imp?" It was a good thing Anthony wasn't that much taller than Xavier. The bench seat was all the way up, but Anthony still had plenty of legroom.

Xavier hopped into the seat, pulled the keys with rabbit foot keychain out of his pocket, slid the key into the ignition, and turned. The car roared to life and then purred. Xavier revved the engine, and the vibrations were felt through the seat. He put the car in gear and cruised into traffic.

Xavier turned his head quickly to face Anthony. "Sweets, I can always reach what I need to." He put one hand on the wheel and the other across the back of the seat.

A.G. Carothers is actually a dragon very cleverly disguised as a human. They are a non-binary author of LGBTQIA Romance and Urban Fantasy, who enjoys writing original and entertaining stories. They are very excited to share the worlds they've created with you.

A.G. currently lives in Tennessee with their platonic life partner, who is not a dragon. They yearn to live back in Europe and will some day. In their spare time they are addicted to losing themselves in the lovely worlds created by other authors

A.G. is committed to writing the stories they see in their head without restrictions. Love is blind and doesn't see gender, race, or sexuality.