This is a trilogy and should be read in order

There was a time in Detective Eagle Woodard’s life that he would like to forget, but Eagle’s past catches up with him and it’s threatening to destroy everything and everyone he holds dear.

Dr. Adam Coulter is recovering from a cancer diagnosis and Adam and Eagle’s relationship is stronger than ever, but the continued disappearance of their son, Michael, overshadows their happiness. A new threat appears in the form of a man Detective Eagle Woodard thought dead. Sergeant Dean Kessler aka ‘The Viking’ is on a mission to destroy his old Black Ops team mate. Secrets held in silence by Eagle for over a decade come to the surface, threatening his relationship with Adam and with Eagle’s family.

Not only is The Viking after Eagle, but when Dean Kessler finds his younger brother is in Albuquerque, he becomes a target for his older brother’s revenge as well. Eagle wants to deal with Dean on his own, but the people who care for Eagle the most aren’t about to let him do this by himself.

The question is, will Eagle be able to keep the worst part of himself locked away or will he need ‘The Skinwalker’ to help him defeat ‘The Viking’?

Author's Note: This book begins about six months after the end of Book 2 in the Coulter/Woodard series. This is the third planned book in the Coulter/Woodard series. No others are planned at this time, but who knows if the muse will strike. There are secondary characters who might need to have their stories told, but if they do, then the stories will be standalone novels.

My mother now regrets her fateful words she offered the day I came home from our small town library in Palm Springs, California (yes, I’m a Cali girl) complaining that there were no more books to read. “Then why don’t you write some.”

My father never saw his old Remington portable until I entered college and they gifted me an IBM Selectric. By then I had produced at least two dozen unpublishable novels which make me cringe when I read them today.

After 3 very bad marriages to men, I finally figured out what was wrong and fell in love with a woman when I lived in Portland, OR 23 years ago. We’ve been married since 2008 (yes it was legal in California at that time). We now live in Asheville, NC and love the people in this liberal and accepting corner of the mountains of North Carolina. 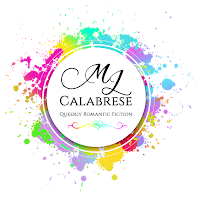 Posted by Gay Book Promotions at 09:15