New Release - The Last One to Let You Down by K.L. Hiers #KindleUnlimited #giveaway

Book Title: The Last One to Let You Down

Learning to Love Yourself 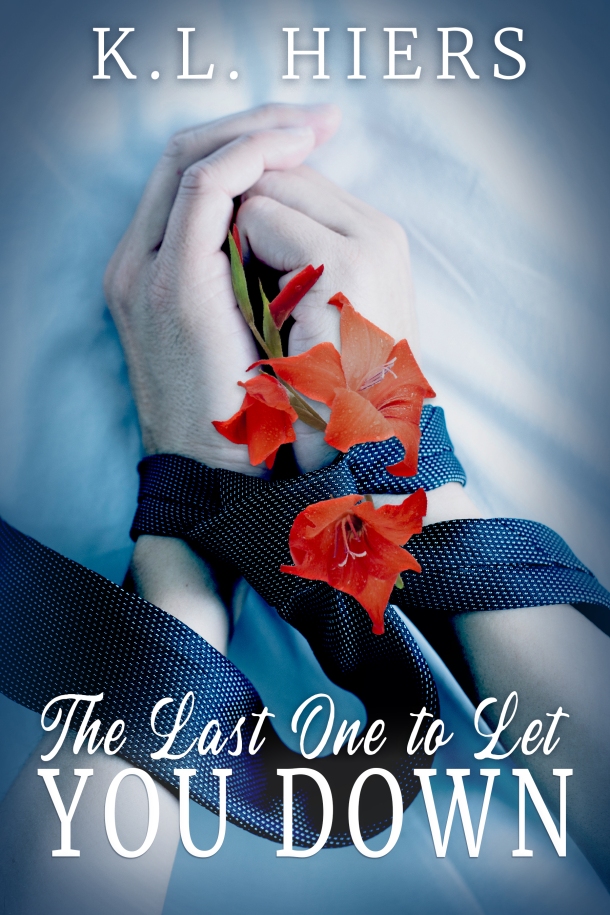 Thomas Hill is a lonely embalmer who's in some big trouble - his ex-boyfriend has been forcing him to illegally sell dangerous chemicals with no signs of stopping, and Tom doesn't know what to do. His situation gets even more complicated when Cypress Holmes, a smoking hot local florist, walks in on Tom making a deal. Cypress agrees to keep quiet, but his silence comes at a price.

He wants Tom to do exactly as he says and to give him complete and total control over his body at all times. Tom now has no choice but to obey Cypress's every command to stay out of jail. But when Cypress starts spanking him and tying him up, he realizes he doesn't mind the rough treatment at all. With or without the threat of blackmail hanging over his head, he likes what Cypress does to him... and he doesn't want it to stop.

Author’s Note: This book includes intense sexual scenes, rough spankings, and depictions of death and embalming as they relate to the funeral industry. If this material offends or may upset you, please don’t read this book.

“What do you want? Money?” Tom scoffed, huffing in frustration.

“Well,” Cypress said, “you did just take a very serious stack of cash. I am a pretty big fan of money.”

“I can’t give you that! It’s for—” Tom stopped before he said too much, quickly correcting himself. “It’s not even mine, okay? I can’t do that. I don’t have any money to give you. There has to be something else.”

“Right. How about you just drop down on your pretty knees right now and suck my dick then?” Cypress rolled his eyes.

Tom’s loins were assaulted by a sudden surge of heat, and he stared at Cypress’ crotch as his mouth reflexively watered. He’d heard Cypress say that before, to Gerald of all people, and Tom knew he was probably joking.

But if that’s really all it would take...

“Fine,” Tom muttered through gritted teeth. “I’ll do it.”

“Come on,” Cypress was still chiding him, apparently deaf to Tom’s offer. “You really don’t expect me to believe that you don’t get some kinda cut from that—”

“Suck your dick,” Tom replied, already starting to kneel before he could change his mind. He’d had some pretty rough one night stands before. This wasn’t so different. He could do this, get Cypress off his back, and stay out of jail.

“What?” Tom was instantly embarrassed. Oh, this was such a stupid idea. He should have never even tried it. As Cypress held him in place, the very air around them felt charged. He looked at Cypress’ lips, felt the heat of his grip, and he knew something had shifted between them.

Tom’s face was getting hot, and he gasped when Cypress pulled him in for a fierce kiss. He didn’t even care how it made his busted mouth sting, its burn lost in the passion of their colliding lips. He was actually kissing Cypress, right there in the hallway.

The brewing energy ignited instantly, and Tom was helpless in Cypress’ powerful embrace. He gave himself over completely, groaning loudly when Cypress’ tongue slid inside his mouth. The kiss was deep, hot, and it sent all the right signals to every inch of Tom’s body.

“You’re not sucking me without at least first fuckin’ kissing me,” Cypress murmured, his fingers raking through Tom’s hair and holding him firmly. “You got it?”

“Yeah,” Tom said, panting hard. The way Cypress was so boldly taking charge had no right to be this exciting. Tom had had some bossy lovers before, but no one could compare to the dominance that Cypress was exuding right now.

His reserved attitude had been swallowed up by a hard gaze and an unrelenting aura. Impossibly, he seemed taller than before, and no one had made Tom’s knees quake like this with just a kiss.

“Now,” Cypress said firmly, “you’re going to suck my cock and swallow down what I give you. Do you understand?”

Tom wasn’t sure how, but he knew immediately what to say, shivering as he replied:


About the Author
K.L. “Kat” Hiers is an embalmer, restorative artist, and queer writer. Licensed in both funeral directing and funeral service, she’s been working in the death industry for nearly a decade. Her first love was always telling stories, and she has been writing for over twenty years, penning her very first book at just eight years old. Publishers generally do not accept manuscripts in Hello Kitty notebooks, however, but she never gave up.
Following the success of her first novel, Cold Hard Cash, she now enjoys writing professionally, focusing on spinning tales of sultry passion, exotic worlds, and emotional journeys. She loves attending horror movie conventions and indulging in cosplay of her favorite characters. She lives in Zebulon, NC, with her husband and their children, some of whom have paws and a few that only pretend to because they think it’s cute.

one of five e-book copies of The Last One to Let You Down. 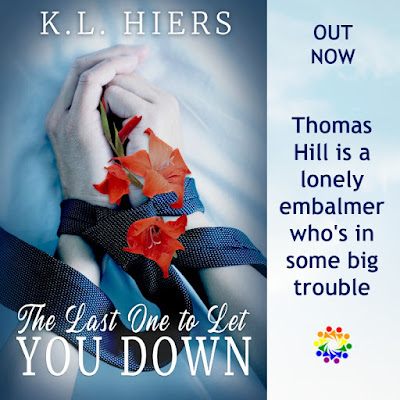