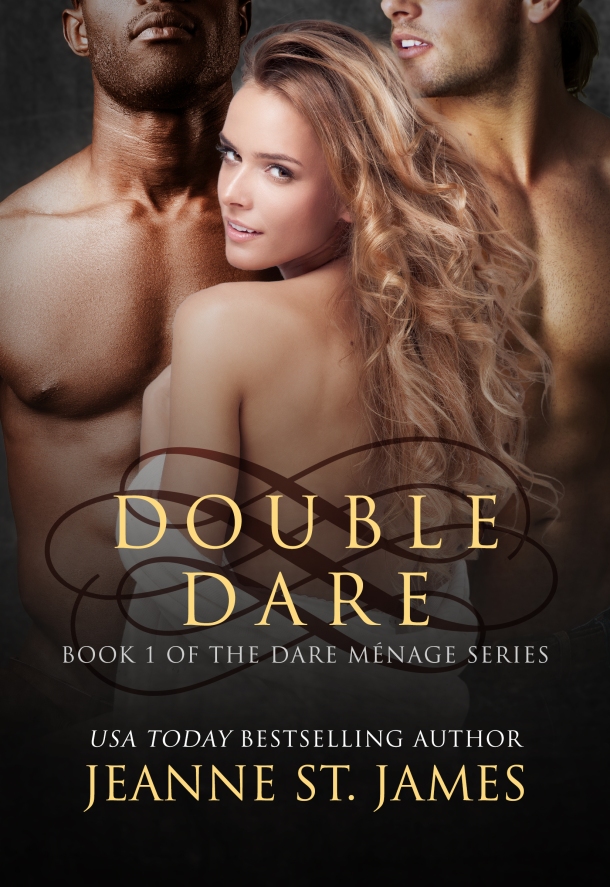 It can be read as a standalone but is the first book in a series.

Buy Link - Double Dare is only 99c for a limited time

What could be better than waking up next to a hot guy? Waking up sandwiched between two of them.

Quinn Preston, a financial analyst, is not happy when her friends dare her to pick up a handsome stranger at a wedding reception. What better reason to give up men when her previous long-term relationship had not only been lackluster in the bedroom but he had cheated?

Logan Reed, a successful business owner, can't believe that he's attracted to the woman in the ugly, Pepto-Bismol pink bridesmaid dress. And to boot, she's more than tipsy. After turning down her invitation for a one-night stand, he finds her in the parking lot too impaired to drive. He rescues her and takes her home. His home.

The next morning Quinn's conservative life turns on its ear when Logan introduces her to pleasures she never even considered before. And to make things more complicated, Logan already has a lover.

Tyson White, ex-pro football player, is completely in love with Logan. He has mixed emotions when Logan brings home Quinn. But the dares keep coming...

Note: This book in the series can be read as stand-alone. It includes an HEA ending. It is intended for audiences over 18 years of age since it includes MMF scenes between all three characters.

When Logan glanced up again, he saw a pink vision stalking toward him, and he sat up straighter. Shit, the cause of his earlier hard-on was coming his way.

She looked determined, and she still had a grip around her glass like it was a lifeline.

She stopped directly in front of him and put one hand on her hip.

“Are you Logan Reed?”

“Are you fucking anybody right now?”

“Right this minute?” He glanced around to see if anyone else was hearing this surreal conversation. Luckily no one was paying attention.

“No. Do you have anyone who is going to get mad if I ask you to dance?”

“Uh. No.” Well, hell, that was a unique way of asking someone to dance.

She placed her drink on the table, and he asked, “Is that still your second one?”

She grabbed his hand and pulled, but he was too heavy for her to lift, so he unfolded himself from the chair to accommodate her.

“Are you asking me to dance?”

“You have a problem with that?”

“Not at all.” He interlaced his fingers with hers and led her to a corner of the dance floor. Luckily for him, the DJ had turned the lights down and was playing a series of slow tunes. Ones he could dance to. There was no way he was doing the chicken dance or line dancing. He had his limits.

As the slow, wailing tune blared through the large speakers, Logan slid his palms around her waist, his splayed fingers coming to rest at the small of her back. The fabric of her dress felt terrible, and he didn't know why women wore shit like that and suffered. The dress certainly wasn't flattering.

But it wasn't the outer package that mattered to Logan; it was the prize he found inside when it was unwrapped.

He stepped in a little closer and pulled her hips against his. He swore he heard a little gasp. He smiled into her overstyled, dark blonde hair and nuzzled it. Underneath all the hairspray, he caught a scent of wildflowers. It smelled nice.

“What's your name?” he murmured into her hair.

“What?” She turned her head a bit, and she ended up nuzzling his neck. Her lips, the shape of which reminded him of an archer's bow, were warm and soft, and he could detect the fruity scent of the slammers on her breath.

She was average height for a woman, which made her a bit shorter than him, so he had to lean down a bit to place his lips against her ear.

He felt the shiver of her body against him, so he traced the delicate shell of her ear with the tip of his tongue. The touch was light enough, but she unmistakably felt it. In response, she arched her back slightly, pressing her hips harder into his.

“Quinn,” she finally answered him, her voice breathless.

“Quinn,” he repeated while moving one hand up her back to the bare skin rising out of her dress. He drew the pad of his thumb along the smooth expanse of flesh, along her exposed spine, moving up to her neck to cradle it in his palm. His thumb continued to stroke her skin along the vein in her neck.

He pulled away a little and looked down into her face. Her eyes were heavy, and her lips were parted. Her breaths were short and quick.

He struggled to keep from thrusting against her. If she looked this good in that god-awful dress, he wondered what she looked like in normal clothes. Or no clothes at all.

Or just a pair of handcuffs.

His balls tightened, and he released a long breath out of his nose to steady his pulse.

“Quinn, do you like sex?” He placed his cheek against hers, and they swayed to the music, their hips, their thighs brushing against each other.

Her eyelids fluttered a bit before she answered, “Sometimes.”

“Why only sometimes?” he whispered against her ear.

She shrugged slightly, and one of her off-the-shoulder sleeves slid down a bit, exposing more creamy flesh.

Logan brushed his lips along her collarbone. It was delicate and covered with smooth skin. When he got to her shoulder, he worked his way back, and in the hollow of her neck, he placed a kiss.

There was a groan. He didn't know whom it came from. Her? Him? He didn't care. His hand at the small of her back slipped lower, to just where the rise of her ass was. The fabric of the dress kept him from feeling details, but his imagination took over.

One song transitioned into another, and they weren't even aware of the other couples dancing nearby.

His hips kept a steady side-to-side rhythm, while his hand on her back kept her close and in perfect time with him.

He was hard. There was no doubt she could feel it. Even with the yards of fabric around her midsection, her belly brushed against his length, teasing his cock.

“What kind of sex do you like?” His voice sounded low and gruff to his own ears.

“The kind when I get to come.”

Logan chuckled against her temple and slipped the hand he had around her neck to her shoulder. His fingers brushed her skin lightly. He couldn't help but notice goose bumps suddenly appearing everywhere he touched her. Which meant her nipples were probably hard and aching for his fingers and mouth.

Her dress had slipped down a bit, and the neckline rode low on her chest. The fabric rested just on the crest of her breasts; he could see she wasn't wearing a bra. In fact, he thought he could see the crescent edge of one nipple, even in the dim light.

He wanted to dip his tongue between her breasts.

“Why did you ask me to dance?”

“Because my friends…” Her soft voice faded off.

“Your friends?” He prodded.

“My friends dared me to. They think I am such a loser when it comes to men.”

“Am I supposed to be Mr. Right?” He brushed the backs of his knuckles over the rise of her breasts.

She was direct. He wondered if it was just the alcohol talking. “So you just want to use me.”

Her boldness wavered, disappointing him a bit.

He raised his eyebrows. “Huh. And you don't think I'd care?” He leaned back a bit and looked down at her, her skin a canvas for the colorful light bouncing off the mirrored disco ball above the dance floor.

She wouldn't meet his gaze. “Do you?” 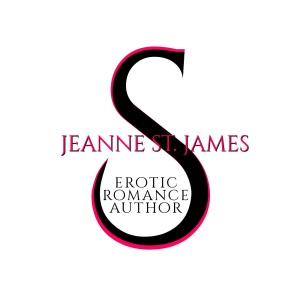 Posted by Gay Book Promotions at 10:22