It is the second book in the series but can be read as a standalone.

“Have you ever been so lost that you couldn’t remember what home looked like, what it felt like?

So lost that home was a distant memory – a place that you never had hope of finding it again?

That’s how I felt, how I’d felt for years, for longer than I could remember.

Until I found you, Bas.

I just wish I could tell you that….


For longer than he could remember Tenley ‘Ten’ Pinkerton had been lost. Wandering this earth with no hope, no soul, no heart, no purpose. The day the love of his life, Sawyer, had been brutally murdered was the day that everything beyond the basic elements of survival - like breathing and a beating heart - had been shut down.

Somehow the man had wormed his way past Ten’s defenses, past the armor plates surrounding his heart, past the pain. Somehow he’d gotten inside.

Ten wasn’t really sure how he felt about that.

But the day that Bas went missing?

Ten knew that he would die if he that’s what it came to in order to find Bas, in order to save him.

The question that remained: 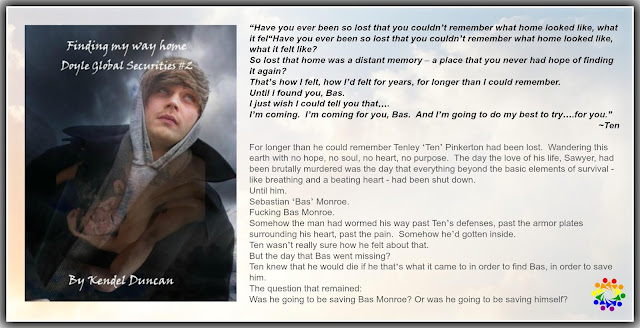 Tenley ‘Ten’ Pinkerton stepped out onto the balcony of the hotel room. For a brief moment, he glanced down at the pool twelve stories below and thought, I could make that. I could jump, land in the pool and just fucking disappear. Leave my job, leave my home and leave this pull that fucking Bas has on me.

Just thinking Sebastian’s name brought a growl from his chest. He hated thinking about the man, even though he couldn’t help doing it almost every moment of every day.

The asset that that Ten had been assigned to protect on his last assignment.

The lawyer who was assigned to help out the prosecution in the case against Jacob Knight.

The lawyer who had coached and guided Jacob’s two victims, Noah Pierce and Jesse Miller, so well that it was their testimony that sent the man to prison for life, where he belonged.

Bas Monroe….the man who had somehow, for a brief second, made Ten forget all about the man who owned his heart, who would always own his heart, his murdered boyfriend Sawyer.

Sawyer would always be the love of Ten’s life, always.

But Bas, fucking Bas Monroe had to come along and somehow, someway, weave his way past Ten’s defenses. He’d found a small crack in Ten’s armor, pulled it open and he’d snuck inside.

But it wasn’t their brief moment of passion that had Ten so pissed off.

It was the fact that Ten had wanted it. Fuck, he’d desperately wanted it. He’d wanted it so bad that he couldn’t control himself. And he’d kissed Bas. No, that’s not exactly true. He’d devoured Bas’s mouth with his own.

And he’d liked it. Even worse, he wanted it to happen again. Sure, he’d pushed Bas away the second it had happened. He’d turned, with the evidence of what they’d done covering his stomach, and he’d ran away.

With a sigh, he forced his focus back to the task at hand. He glanced to his left and right, noting that both balconies were a good fifteen feet away, not a jump that most people could make. And there weren’t balconies on the rooms above or below him. He turned and walked back into the room, “We’re good,” he said with a nod to his partner on this protection detail, Dante. 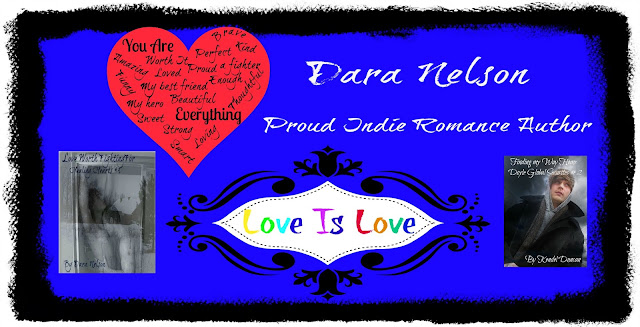 I was born and raised in the Bay Area of Northern California but have made my home in the Pacific Northwest for the last two decades. My husband & I live on a small farm surrounded by chickens, goats, rabbits, a turkey, 5 dogs and a cat, in the shadow of stunning Mt Rainier.

With my grown children and grandchildren nearby, my life is always busy, happy and full of laughter.

I am an active Blogger, having created Love Unchained Book Reviewsout of my love for all things MM books.

When I’m not on the phone with my best friend (which is at least once every day) – I am an avid, addicted reader. It is my passion, my escape, my joy.
And I am most definitely a writer. The characters in my head are constantly demanding that their story be told.
But above all that - I am a human being. My passion for people is unparalleled, my firm belief in Love is Love unwavering, my hope that all can be accepted, undying. I do not write because I want to, I do it because I haveto. I write because these voices, these beautiful men, have chosen me to tell their stories – and how damn lucky am I for that?

As an author, I write under both my name and a pen name, with total transparency and honesty:


Dara Nelson is the author of:

Author of the wildly popular ‘Healing Hearts’ series (Love in the Aftermath, Love After Chaos, Love Worth Fighting For – and more to come soon)

“This is not your average romance story. It is so much more. A book that touched my heart.”

“OMG!!! This was probably one of the best books I've ever read.”

“This is the first time I've read anything from Dara Nelson, but it won't be the last. I need more of her writing!”

Under the pen name Kendel Duncan:

“I HIGHLY RECOMMEND THIS BOOK AND THIS AMAZING SERIES!!!!!”

“I love how you keep the story going and keep all the characters interesting. Can't wait for the next book!”

“The emotions are so raw and just I don't have the right words to express how amazing the books are. You have to read them to understand. I can't wait for the next installment!!” 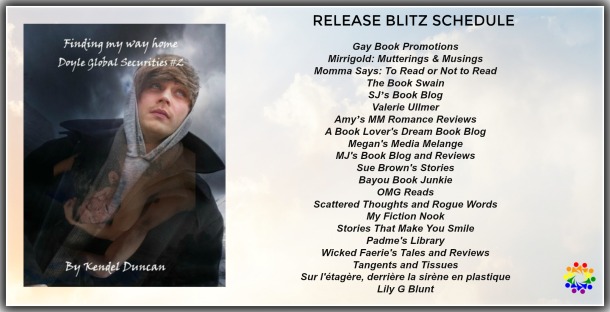