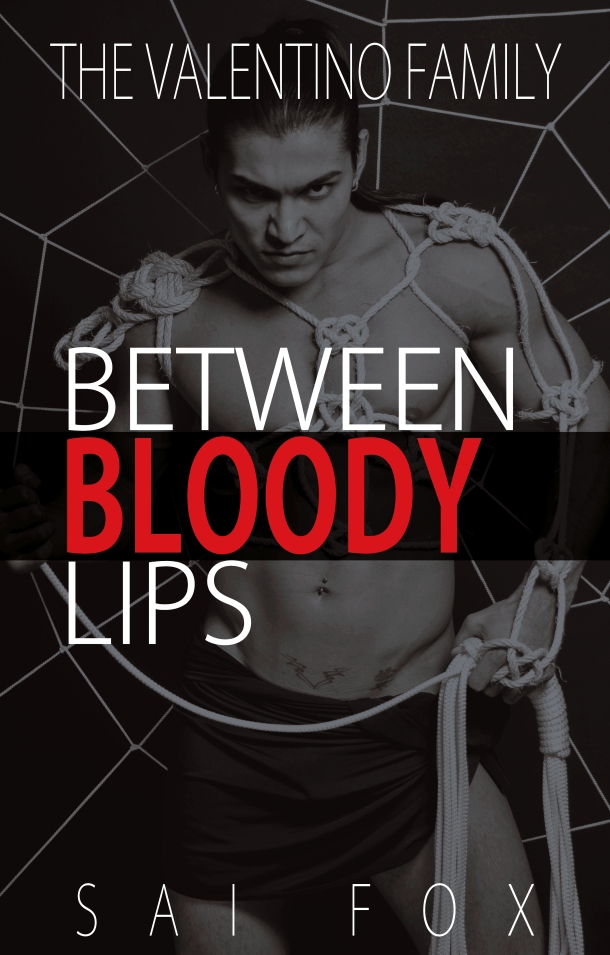 Themes: how far will you go to save the one you love, redemption, forgiveness, unquestioning love

Who is Nicolai Valentino?

Some think him a devoted son, a ruthless killer, a vicious monster. The heir of the infamous Valentino family, Nico is a man with blood-stained hands and a heart of ice.

To Gabriel Delatto, Nico is more than that: a childhood friend, a passionate lover, a misunderstood soul, a man whose cold, calculated outward exterior protects the broken man inside. Nico is his best friend, his lover, his other half—his better half.

But how much of that is true? And how much is just lies whispered between bloody lips?

New York to Tokyo—Gabriel is willing to follow his lover to the ends of the earth to find out what Nico is running from.

Or, maybe, what is Nico running to?

Nico was beautiful in his fear.

Nico’s hair was mussed, sweat dripping down from his hairline to the collar of his shirt, his pendant standing stark against his throat. There was blood splattered across his cheeks like macabre freckles, a dribble just below his nose making its way down his bottom lip.

Gabriel didn’t know if it was his or someone else’s, but it looked exquisite against his skin.

It didn’t matter. Gabriel would have kissed it away if he could.

If he could, Gabriel would have done many things differently.

This was all wrong.

The air in the house was like an oven, nary a breeze to give either of them comfort. Despite the distance between them, a chasm that only seemed to grow wider, Gabriel could all but feel the heat from Nico’s mouth against his.

Nico was fire and Gabriel…

Gabriel was just the kindling.

They were so close—all Gabriel had to do was reach out. All it would take was a hand around Nico’s collar and he could crush his lips against Nico’s. They could fall into each other’s arms as they always had, always would.

That would have been right.

That would have been good.

But there was something pink and gelatinous smeared across the front of Nico’s shirt, something that Gabriel knew intrinsically belonged in someone’s head, not spread across Nico’s white button-up.

Nico’s hands shook like leaves on trees just before the hurricane ripped them off and scattered them across the sea.

When their eyes met, Gabriel turned away his head as though someone struck him.

Nico’s unbridled fear staring back at him through piercing dark blue eyes made his stomach churn.

Why was Nico so scared?

Why was Nico scared of him?

Gabriel could hear the words, feel the cold metal in his hand. He knew that there was something wrong with this scene, knew that this wasn’t how any of this was supposed to go. He could feel the heaviness of the gun, the cloying smell of blood and shit, the sweat on his brow, the panic clawing through his stomach—

It was his voice.

He could feel it, feel all of it, just as he could feel the metal, hard and cold, gripped in his hand.

“You can’t do this. you have to stop—” Nico reached out for his arm, but it met nothing but air.

Gabriel tried to lower his hand, tried to loosen his grip on the gun, but he couldn’t.

“Gabriel—you’re better than this. You’re more than this!”

“My hands are bloodier than yours.”

Gabriel wanted his hand to shake, but it was steady.

It was too steady.

Why couldn’t he stop himself? Why couldn’t he let go? Why did it feel as though he were a marionette, a puppet with someone else pulling his strings?

It was a whisper between bloody lips.

Sai Foxwas born and raised in New York City, so it doesn’t come as much of a surprise that there’s an ever-present coffee cup on her desk as she writes well into the night. A chronic insomniac, some of her best ideas come to her right before heading off to bed.

Currently residing in Tokyo, Sai finds most of her time spent writing, reading, and wandering the strange and intoxicating streets that tell thousands of stories… with a cup of coffee. There is always a cup of coffee.

Sai has been writing fiction for well over a decade, enjoying the ability to push boundaries of society and sexuality through her work.

Posted by Gay Book Promotions at 22:00