Will Eagle and Adam be able to stop a murderer while navigating their changing relationship?

'Hello, tall, dark and handsome.’ Out and proud gay Albuquerque Homicide Detective Eagle Woodard studied Dr. Adam Coulter, criminal profiler, with a clinical eye. ‘Slender build…narrow waist, but nicely muscled underneath that Hugo Boss suit. People think you work out, Kemo, but you don’t.’ Eagle’s dark eyes narrowed. ‘You know I hate that day old beard look, but you were probably too wasted to bother. Nice eyes, green when they aren’t blood shot. Flawless tanned skin except for that tiny scar through your left eyebrow.’ The former Army Ranger grinned. ‘I gave that to you accidentally when we were 8 years old. When you stood up for this Navajo kid in an all white school. We both got our asses kicked.’ Eagle sighed and shook his head. That was the day he’d fallen in love with 4 times married, 4 times divorced, current roommate, Adam Coulter.

Eagle and Adam are faced with their toughest challenge yet. They must find an active serial killer before he strikes again. With the powers that be not cooperating and the killer proving to be elusive, will Eagle and Adam be able to stop the murderer while navigating their changing relationship?

The cool wind attacked Eagle Woodard’s body as he fell head over heels. He tumbled, body tightly tucked as he cleared the modified Cessna, momentarily catching sight of the blue, cloudless horizon before stretching out to embrace the air. Below him, the rust toned surrealist canvas of desert and mountains began to take shape as he allowed himself to freefall through the biting tempest. The winds transformed his tanned face, warping it into a mad, Joker-esque grin.

The former Army Ranger set his plan into motion. Pulling his muscular arms tightly against his torso, the angle of his descent began to change. ‘I feel the need, the need for speed.’ If the wind hadn’t been so brutal, he would’ve laughed. How many times had they used those iconic words in training? At 38, it felt like a lifetime ago.

Eagle tilted his head down. He pressed his legs together with toes pointed toward the heavens, becoming a human bullet streaking through the atmosphere. He could feel the friction heating his head and shoulders. His dark, goggle covered eyes flickered to the left, quickly gauging his altitude in relation to the horizon. One…, two…, three seconds passed.

With an agility reminiscent of his aviary namesake, he arched his back, catching the horrendous pounding of the wind squarely on his upper chest, making it difficult to breathe. Deliberately spreading his arms and sinewy legs, he succeeded in capturing the furious gale, harnessing it. Using calculated care, he began slowing his descent from Father Sky toward Amá ni', Mother Earth.

Eagle reveled in the multitude of sensations inundating his body. The angry roar of the wind deafened him. The white noise of the rushing air blotted out all sound except for the popping of the black, nylon jumpsuit. The wind strained the cloth protecting him almost to its limit. The powerful, talon-like turbulence threatened to shred his clothes, leaving him bare and unprotected from the tempest. The bee sting lash of his long, raven ponytail as it whipped against his neck and face revitalized and reddened his brown skin.

‘Four…, five…, six…, seven…, eight.’ With an eerie calm, Woodard counted the seconds. As he drew closer and closer to terra firma, his confidence in his abilities never wavered. Here he was master. Here he was the great bird of his people’s folklore. He was the embodiment of Atsáh, the Eagle, swooping with deadly accuracy toward his prey on the ground.

The Albuquerque homicide Detective didn’t need to see his altimeter. He knew he only had a few more moments of precious freedom. Reluctantly, his right hand moved reflexively to the left side of his chest. Gripping the cold metal ring, he tugged.

A grunt of air was forced from his lungs. The nylon straps crisscrossing his body suddenly tightened, drawing him up. Eagle grimaced as pain seared up his back. The sudden opening of his parachute at this rate of speed aggravated more than one old injury. Gravity, the purveyor of his discomfort, pressed his chin to his chest for an instant before the strain of rapid deceleration eased.

With skill born of countless jumps, Eagle maneuvered the billowing canopy toward his destination. Calculating the high desert cross winds, he made a last-minute correction which allowed him to plant his right foot firmly onto the center of the large, white cross target. As his left foot touched down, he leaned back, encouraging his chute to take the rest of the breeze until it collapsed and fell impotent to the sand. Instantly, the tall man began to gather the yards of thin ripstop nylon and cord into his arms, beating down any last show of resistance from the exuberant ram-air parachute.

Turning, Eagle reached up and pulled his goggles from his face just as his cell phone rang. Pulling it from his zippered pocket, he grimaced at the sight of the familiar number.

“I thought I was supposed to have a day off, Captain.”

“You do, but I’ve got an FBI agent here that needs to talk with you. Says you knew his brother. Here, talk to him.”

“Detective Woodard, my name is Kessler. Rick Kessler. I think you served with my brother, Dean, in the Army.”

The voice and the name triggered unpleasant memories of a time he had tried to bury. He couldn’t tell if it was his Spanish or Navajo side sending a warning chill up his spine. Suddenly, Eagle realized the man on the other end of the line was waiting.

“Yeah, sorry. Yeah, I remember Dean. He died in Afghanistan, didn’t he? Sorry.”

What Woodard remembered was what a closeted bastard the guy had been and how he’d used the knowledge of Eagle’s own closeted sexuality against him. Threatening to report him and risking dishonorable discharge at best…, or death if members of their team found out. He didn’t mourn Dean Kessler’s passing when he got word that some insurgents finished him. “Captain said you were with the FBI?”

“Yes. Detective Woodard, I’ve heard a lot about you and Dr. Coulter. I was very impressed when you apprehended Martin Devoreaux. I read the case report. You and Dr. Coulter are quite the team. The good doctor’s a legend at the bureau. His book on Ritual Behaviorism Among Serial Killers is mandatory reading now at the academy.”

“Oh, Adam would love to hear that.” Eagle rolled his eyes. The last thing Adam Coulter needed was something to bolster his ego.

“If it’s alright, I really need to talk with both of you about a case I’m working. I think you might be able to help me.”

“No. I’m still putting some final touches on a plan I’ve got in motion. How about tomorrow morning at your home? I want to keep this as low key as possible. Strictly, on a need to know basis, so I’d prefer it if your Captain and I met with you and Coulter privately.”

Eagle unzipped his jumpsuit from chin to navel. “What time?”

“Sure. Tell Cap to bring the creamer.”

Pocketing his phone, Eagle gathered his parachute from the ground and slowly made his way to his truck. Stowing the chute away, he unzipped his jumpsuit the rest of the way. Dragging it down off his shoulders, he revealed a tan-colored work shirt and jeans. He pushed the loose-fitting black nylon from around his narrow waist. Wrestling the last couple of inches of fabric over his shoes, Eagle jerked the material free and tossed it behind the driver’s seat completing his impromptu striptease. He looked up toward the sun before glancing at his watch.

My mother now regrets her fateful words she offered the day I came home from our small town library in Palm Springs, California (yes, I’m a Cali girl) complaining that there were no more books to read. “Then why don’t you write some.”
My father never saw his old Remington portable until I entered college and they gifted me an IBM Selectric. By then I had produced at least two dozen unpublishable novels which make me cringe when I read them today.

After 3 very bad marriages to men, I finally figured out what was wrong and fell in love with a woman when I lived in Portland, OR 23 years ago. We’ve been married since 2008 (yes, it was legal in California at that time). We now live in Asheville, NC and love the people in this liberal and accepting corner of the mountains of North Carolina.

To learn all about my upcoming releases, news, and specials, please follow or like me at any of my links! 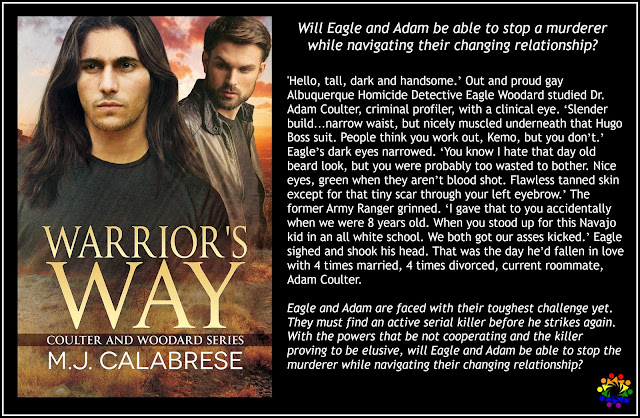