Sometimes it takes that special someone to open our hearts.

My heart belonged to him the moment we met. Four years later and my feelings haven’t changed.

Daniel Winters was closed off, unapproachable for anything but sex, and I refused to give in. I was—and still am—worth more than a one-night stand.

But lately something’s changed in him. Something I can’t resist. And my heart is demanding it won’t be second priority any longer.

The world is changing. I’m changing. It used to be my job was all I cared about. Getting a good story and telling the truth was priority. But now I find myself lonely, looking for something or someone to make my world bright.

It’s been years since we first met, and I messed it all up. I’m not going to let him get away again, even if I do screw up occasionally.

When a blackmailer interrupts our new life, I may stumble, but Riley will help me pick up the pieces. We won’t go down without a fight.

“Where are we?” I asked, eyes ping-ponging from one side of the street to the next.

“It’s the Art Walk.” Booths and tables lined the sidewalks, selling everything from paintings, to jewelry, to handbags.

Riley smiled at my enthusiasm and led me to the first booth, then the next and the next. I bought a bracelet, and Riley got a bowtie just to make me laugh. We ate from a food truck and walked hand in hand, until Riley pulled me over to a building.

“What’s this?” I took off my sunglasses. “A bookstore?”

The Last Bookstore was a cool place—huge and stuffed with books organized in different ways. Some sections were arranged by color. Art installation dropped from the ceiling, and a massive elephant head with tusks hung on the wall. Books curved in an arch from ceiling to floor.

We took our time wandering around, showing each other interesting discoveries and laughing at each other’s choices.

I read the back cover of a biography Riley had handed me. “Suspense. I like horror and mysteries, but suspense or thrillers covers a lot.” I put the book away. “What about you?”

“I was more into movies, obviously.” Riley gave a small grin. “But I used to read comics when I was a kid. And I’ve read a lot of Old Hollywood biographies.”

I dragged him to a section with graphic novels, and we perused the shelves. I handed him a yaoi novel, and we had to stifle our laughter at the graphic sex scenes.

“I never read those comics when I was a kid. I didn’t even know they existed.”

Riley’s eyes lit, and he pulled me to another section. “Writing references?” I asked. “You think I need to brush up on my skills?”

Riley shook his head. He pulled a book off the shelf and handed it to me.

“On Writing by Stephen King.” I smiled. “I’ve seen this. It’s a hybrid autobiography and ‘how to write’ book.” Touched, I kissed him lightly. “I love this. I’m going to get it.”

“Let me. I want to be a part of your book writing in some small way.”

“You really think I should write a novel?” My eyes stayed glued to the photo of Mr. King with his feet up on a massive desk.

“Only if it’s something you want.” Riley took my hand. “I think you’d be amazing at it, though.”

I finally met his gaze, and I had to swallow the lump that appeared in my throat. “You’d be a huge part of it, Ry.”

He smiled and lit up my whole world.

Este Holland is a writer and reader of all things Romance. She's also a treasure hunter, a word wizard, a lover, and a fighter. She was born and raised in WV, and now lives in Virginia. She works in marketing during the day. She began writing novels in 2012.

one of three ebook copies of Second Priority. 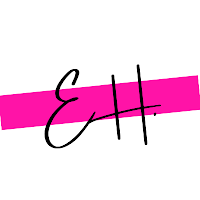 Follow the tour and check out the other blog posts here
Posted by Gay Book Promotions at 05:00